Can Alzheimer’s Be Prevented?

Can Alzheimer’s Be Prevented? 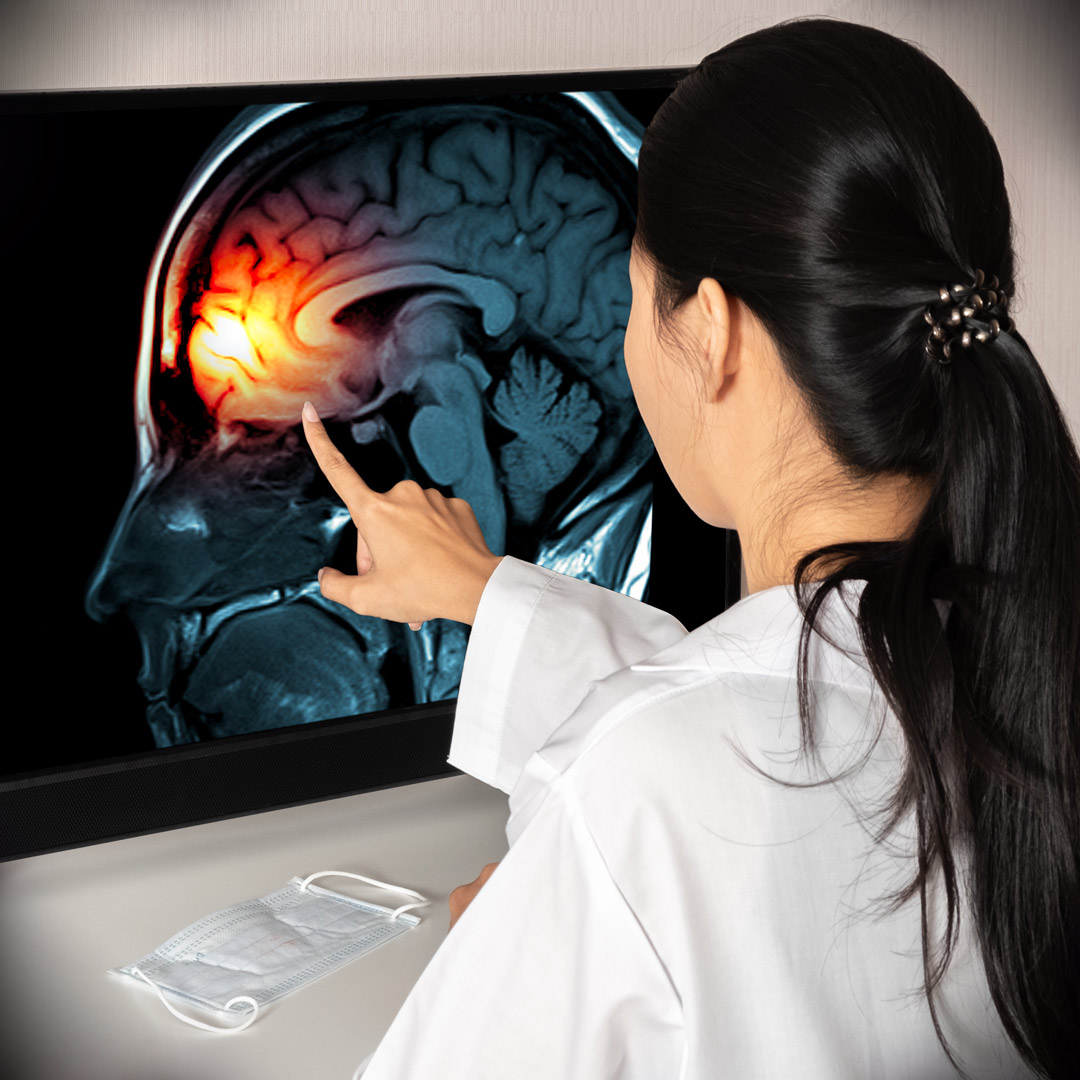 Preventing Alzheimer's Disease:
What Do We Know?

As they get older, many people worry about developing Alzheimer's disease or a related dementia. If they have a family member with Alzheimer's, they may wonder about their family history and genetic risk. As many as 5.5 million Americans age 65 and older live with Alzheimer's. Many more are expected to develop the disease as the population ages—unless ways to prevent or delay it are found.

Although scientists have conducted many studies, and more are ongoing, so far nothing has been proven to prevent or delay dementia caused by Alzheimer's disease. But researchers have identified promising strategies and are learning more about what might—and might not—work.

We know that changes in the brain can occur many years before the first symptoms of Alzheimer's appear. These early brain changes point to a possible window of opportunity to prevent or delay debilitating memory loss and other symptoms of dementia. While research may identify specific interventions that will prevent or delay the disease in some people, it's likely that many individuals may need a combination of treatments based on their own risk factors.

Researchers are studying many approaches to prevent or delay Alzheimer's. Some focus on drugs, some on lifestyle or other changes. Let's look at the most promising interventions to date and what we know about them.

A recent review of research looked carefully at the evidence on ways to prevent or delay Alzheimer's dementia or age-related cognitive decline. Led by a committee of experts from the National Academies of Sciences, Engineering, and Medicine (NASEM), the review found "encouraging but inconclusive" evidence for three types of interventions:

The evidence for other interventions, such as medications and diet, was not as strong. However, scientists are continuing to explore these and other possible preventions.

Researchers are exploring these and other interventions that may help prevent, delay, or slow Alzheimer's dementia or age-related cognitive decline. Other research targets include:

Be Cautious About Alzheimer's "Cures"

Because Alzheimer's disease is so devastating, some people are tempted by untried or unproven "cures." Check with your doctor before trying pills or any other treatment or supplement that promises to prevent Alzheimer's. These "treatments" might be unsafe, a waste of money, or both. They might even interfere with other medical treatments that have been prescribed.

Physical activity has many health benefits, such as reducing falls, maintaining mobility and independence, and reducing the risk of chronic conditions like depression, diabetes, and high blood pressure. Based on research to date, there's not enough evidence to recommend exercise as a way to prevent Alzheimer's dementia or mild cognitive impairment (MCI), a condition of mild memory problems that often leads to Alzheimer's dementia.

Years of animal and human observational studies suggest the possible benefits of exercise for the brain. Some studies have shown that people who exercise have a lower risk of cognitive decline than those who don't. Exercise has also been associated with fewer Alzheimer's plaques and tangles in the brain and better performance on certain cognitive tests.

While clinical trials suggest that exercise may help delay or slow age-related cognitive decline, there is not enough evidence to conclude that it can prevent or slow MCI or Alzheimer's dementia. One study compared high-intensity aerobic exercise, such as walking or running on a treadmill, to low-intensity stretching and balance exercises in 65 volunteers with MCI and prediabetes. After 6 months, researchers found that the aerobic group had better executive function—the ability to plan and organize—than the stretching/balance group, but not better short-term memory.

Several other clinical trials are testing aerobic and nonaerobic exercise to see if they may help prevent or delay Alzheimer's dementia. Many questions remain to be answered: Can exercise or physical activity prevent age-related cognitive decline, MCI, or Alzheimer's dementia? If so, what types of physical activity are most beneficial? How much and how often should a person exercise? How does exercise affect the brains of people with no or mild symptoms?

Until scientists know more, experts encourage exercise for its many other benefits.

Many types of studies show a connection between high blood pressure, cerebrovascular disease (a disease of the blood vessels supplying the brain), and dementia. For example, it's common for people with Alzheimer's-related changes in the brain to also have signs of vascular damage in the brain, autopsy studies show. In addition, observational studies have found that high blood pressure in middle age, along with other cerebrovascular risk factors such as diabetes and smoking, increase the risk of developing dementia.

One large clinical trial—called SPRINT-MIND (Systolic Blood Pressure Intervention Trial–Memory and Cognition in Decreased Hypertension)—found that lowering systolic blood pressure (the top number) to less than 120 mmHg, compared to a target of less than 140 mmHg, did not significantly reduce the risk of dementia. Participants were adults age 50 and older who were at high risk of cardiovascular disease but had no history of stroke or diabetes.

However, the multiyear study did show that this intensive blood pressure lowering significantly reduced the risk of MCI, a common precursor of Alzheimer’s, in the participants. In addition, researchers found that it was safe for the brain.

The results of SPRINT-MIND provide further evidence of the connection between cardiovascular health and brain health. Further studies are needed to determine which people, at what age, might benefit most from particular blood pressure management approaches, and how these approaches affect the risk of dementia, including Alzheimer’s disease.

While research continues, experts recommend that people control high blood pressure to lower their risk of serious health problems, including heart disease and stroke. Learn more about ways to control your blood pressure.

Studies show that cognitive training can improve the type of cognition a person is trained in. For example, older adults who received 10 hours of practice designed to enhance their speed and accuracy in responding to pictures presented briefly on a computer screen ("speed of processing" training) got faster and better at this specific task and other tasks in which enhanced speed of processing is important. Similarly, older adults who received several hours of instruction on effective memory strategies showed improved memory when using those strategies. The important question is whether such training has long-term benefits or translates into improved performance on daily activities like driving and remembering to take medicine.

Some of the strongest evidence that this might be the case comes from the NIA-sponsored Advanced Cognitive Training for Independent and Vital Elderly (ACTIVE) trial. In this trial, healthy adults age 65 and older participated in 10 sessions of memory, reasoning, or speed-of-processing training with certified trainers during 5 to 6 weeks, with "booster sessions" made available to some participants 11 months and 3 years after initial training. The sessions improved participants' mental skills in the area in which they were trained (but not in other areas), and improvements persisted years after the training was completed. In addition, participants in all three groups reported that they could perform daily activities with greater independence as many as 10 years later, although there was no objective data to support this.

Findings from long-term observational studies—in which researchers observed behavior but did not influence or change it—also suggest that informal cognitively stimulating activities, such as reading or playing games, may lower risk of Alzheimer's-related cognitive impairment and dementia. For example, a study of nearly 2,000 cognitively normal adults 70 and older found that participating in games, crafts, computer use, and social activities for about 4 years was associated with a lower risk of MCI.

Scientists think that some of these activities may protect the brain by establishing "reserve," the brain's ability to operate effectively even when it is damaged or some brain function is disrupted. Another theory is that such activities may help the brain become more adaptable in some mental functions so it can compensate for declines in others. Scientists do not know if particular types of cognitive training—or elements of the training such as instruction or social interaction—work better than others, but many studies are ongoing.

People often wonder if a certain diet or specific foods can help prevent Alzheimer's disease. The recent NASEM review of research did not find enough evidence to recommend a certain diet to prevent cognitive decline or Alzheimer's. However, certain diets and healthy eating patterns have been associated with cognitive benefits. Studies of diets, such as the Mediterranean diet and the MIND diet—a combination of the Mediterranean and DASH (Dietary Approaches to Stop Hypertension) diets—are underway. Learn more about what we know about diet and the prevention of Alzheimer's disease.

Alzheimer's disease is complex, and the best strategy to prevent or delay it may turn out to be a combination of measures. In the meantime, you can do many things that may keep your brain healthy and your body fit.

You also can help scientists learn more by volunteering to participate in research. Clinical trials and studies are looking for all kinds of people—healthy volunteers, cognitively normal participants with a family history of Alzheimer's, people with MCI, and people diagnosed with Alzheimer's disease or a related dementia.

To find study sites near you, visit our Clinical Trials page.

Pages in the for Families section: