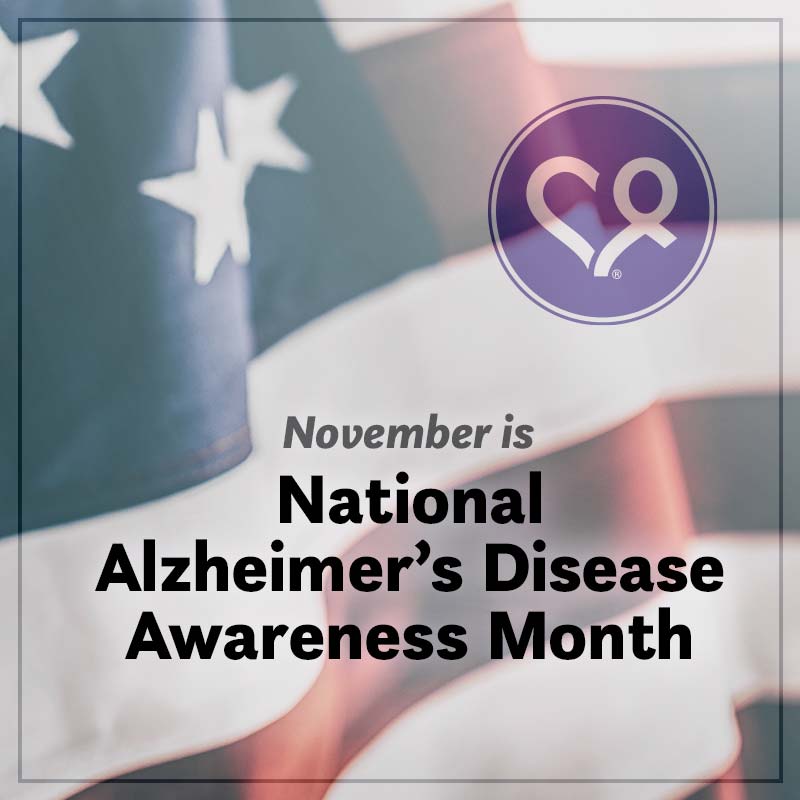 President Ronald Reagan designated November as National Alzheimer’s Awareness Monthin 1983. At the time, fewer than 2 million Americans had Alzheimer’s; today, the number of people with the disease has soared to more than 5.7 million, with over 650,000 living in California.  Get involved this month and help raise awareness for Alzheimer’s.

Dementia impacts the whole family, not just the person with the disease. The chronic stress of watching a loved one slowly decline affects everyone. Family caregivers experience high rates of physical illness, social isolation, emotional distress and financial hardship compared to non-caregivers. Having a care plan can help reduce stress by knowing what to expect and having resources at hand.

What you can do

When is memory loss more than forgetfulness?

Although everyone’s brain changes as they age, Alzheimer’s disease is not a normal part of aging. Occasionally forgetting words or names does not mean a person has Alzheimer’s. Signs that memory loss is more than normal include:

If you or someone you care about is concerned about changes that might be related to memory loss call your doctor.